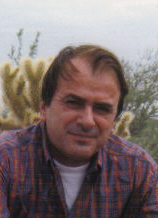 Module: istituzioni di storia della filosofia
-------
The course on History of Philosophy is aimed at providing the basic notions that are indispensable to frame and critically understand the contemporary issues concerning historical and social sciences. Special attention will be dedicated to the classics, in order to highlight a developing and deepening line of Philosophy’s fundamental speculative nuclei, though in changed historical conditions.The course will favour a direct approach to the texts of the classics, in order to show that philosophical discourse arises from concrete problems and needs and that it prospects solutions which can still be subject to useful reflection.


Module: parte monografica
-------
The teaching of history of philosophy is to provide conceptual frameworks and historical references to size and set the main current matters relating to the development of human sciences.

Texts for the exam: |
Basic Part: a good secondary education handbook – “licei classici” or “licei scientifici” - (for instance, Antiseri-Reale, or Berti-Volpi, or Adorno-Gregory-Verra, or Moravia, or the latest: L’esperienza del pensiero. La filosofia: storia, temi, attualità, Loescher, Torino 2006, voll. 5), with reference to the chapters related to the above mentioned topics.


Module: parte monografica
-------
Individualism: The teaching want to face the individualism’s theme, or the assertion of individual freedom as a supreme value and centre of gravity of the modern age, as well as pivot of the main philosophical, scientific and policies vision of the occident.
The course want to briefly retrace the history of this great idea following the evolution and the theoretical implications from Socrate to recent neuroscience.
Alongside will be examined the anti-individualist tradition into its reactionary and materialistic variant, the Christian transcendent’s perspective focused into the person’s concept and the contemporary achievement of the neurobiological’s science who investigating the brain and mind.
About the individual will be examined some essential dimensions such as the meaning, pain, motivation and awareness.
The classic reference’s text of this route will be “Saggio sulla Libertà di J. Stuart Mill (on Liberty, 1858)”.
Mill English liberal thinker of extraordinary force believes in the individual as a responsible body who entrench into the freedom and dialogue.
Mill wrote "Men are not infallible; their truth are mostly of half-truths."
Our knowledges are provisional and belie and it follows that if we want to improve individuals they should be free to compare each others avoiding the temptation of every form of tyranny and arrogance.