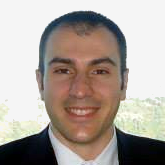 This course provides students with the basic ability needed to write programs in an imperative language of procedural nature (e.g., C), with particular emphasis on the relationship between the programming language and the underlying hardware machine, on the concept of recursion, and on the implementation of simple data structures, both recursive and non-recursive.
At the end of the course, the student will have to demonstrate to own knowledge and comprehension ability on the concepts at the basis of programming through an imperative language of procedural nature; organization ability, implementation and translation on that language, and analysis through debugging of algorithms and of the corresponding data structures starting from specifications; to be able to develop know-how necessary to continue the study autonomously in the field of programming and Software development.