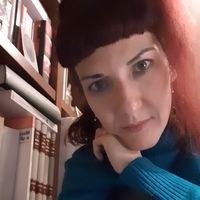 The module aims at providing specific knowledge about the history of English publishing, compared to the Italian one, with regard to the production of complex texts, such as Renaissance play texts, in relation to the transmission of their printed sources, as well as their own later circulation and re-elaboration in diverse genres and according to different printing practices. The module will offer advanced tools for textual analysis and for the interpretation of literary and dramatic genres within their historical and cultural contexts and in relation to their editorial traditions. It will also introduce students to critical approaches aimed at strengthening their argumentative skills. On successful completion of the module, students will be able to re-elaborate critically the acquired knowledge and to discuss topics employing appropriate linguistic and stylistic registers.

“Courtesy Books and Theatre of Passions in William Shakespeare’s The Two Gentlemen of Verona: Editorial Practices and Digital Media”

The module examines William Shakespeare’s Two Gentlemen of Verona in relation to its European sources and their theatrical remediation, with a focus on the themes of humanistic education, male friendship and erotic passion within a context of mimetic desire. It concentrates on sixteenth- and seventeenth-century editorial practices with a focus on the different texts that have contributed to the composition of this play (novellas, treatises, poems). Current textual editing of Renaissance works and their print and digital publications will also be examined. Digital archives will be used for textual comparison, which will be carried out with the aid of hypertextual analysis.

TEACHING METHODS:
The module will be held in English. Attending students will take one self-assessment test at the end of the module. A written calendar of the topics that will be dealt with will be circulated in class at the beginning of the course.
Further teaching material will be available for download from the MOODLE repository. This material is part of the syllabus.

SYLLABUS:
Attending and non-attending students alike are required to do all the readings indicated below:

Knowledge acquisition will be evaluated through an oral exam, which will consist in a discussion of the topics dealt with during the module. The oral exam will be held in English.

Alternatively, students may submit an essay in English of approximately 5,000 words at least a week before the exam. The essay will then be presented and discussed orally. For essay-writing guidelines please refer to the following text: Richard Marggraf Turley, Writing Essays, London and New York, Routledge, 2016 (2nd edition). Before submitting their essays, students are required to discuss their project with the teacher.

The acquired abilities will be evaluated in terms of:

1) use of critical approaches appropriate to textual and contextual analysis, with special regard to the history of the book;
2) textual comprehension of the primary texts;
3) argumentative skills in academic discussion.

The exam is the same for attending and non-attending students.

The exam will be held in class. It will be done remotely for all students who will require it.