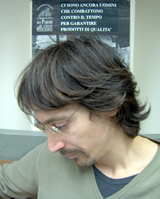 The course is structured into three parts. I Inter-States Arbitration. In this context, through the study of the case of the Italian Marines (Marò) between Italy and India, the course will deal with the advantages and limits of arbitration vis-à-vis the diplomatic means of dispute settlement and resort to international courts and tribunals. II. International Commercial Arbitration. This part will focus on general issues, including the distinction between administered and ad hoc arbitration, the sources of international arbitration, the arbitration agreement, the arbitral proceeding, the laws applicable to the arbitration, the arbitral award and its recognition and enforcement. III Investment Arbitration. The course concentrates on the standards for protection of foreign investment and the specificities and advantages of arbitration under the Convention on the Settlement of Investment Disputes between States and Nationals of Other States (ICSID Convention).
The course is taught entirely in English. The teaching method combines lectures, case-studies and group discussion.
This year, the course will benefit from the participation of Dott. Andrea Carlevaris, Secretary General of the International Court of Arbitration and Director of the Dispute Resolution Services of the International Chamber of Commerce (ICC Paris). The ICC is the is the largest, most representative business organization in the world (http://www.iccwbo.org/).

Attending students shall prepare on their notes and the other materials indicated during the course and made available through the e-learning platform. Students who did not attend the course shall prepare on: M.L. Moses, The principles and practice of international commercial arbitration, Cambridge (Oxford University Press), 2012, pp. 1-240.