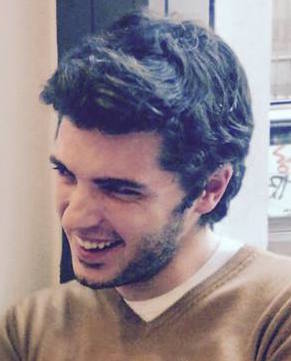 The course, held in English, aims at introducing students to relevant aspects of English literature, from the Pre-Romantic to the Contemporary period, via the reading of a selection of canonical texts. Primary notions about possible methodological approaches for the analysis of literary texts and genres will be imparted. Furthermore, the course will provide a sound knowledge of the English literature of the period (historical context, texts, genres, literary movements and authors) and stimulate abilities and skills for the critical analysis of texts, their discussion and analysis, in consideration of their historical, cultural, and context specificities. At the end of the course, students will be able to: - Analyse the literary texts of the syllabus discussing them in relation to their historical and cultural context; - Discuss the texts using an appropriate critical approach demonstrating the knowledge of the literary conventions of their time; - Express the acquired literary and critical knowledge demonstrating an adequate competence also in the English language.

WRITING BLACK LONDON
The course will provide students with an introduction to Black British literature through the analysis of novels by British writers of Caribbean and South Asian descent. The critical reading of texts in the syllabus will focus on issues related to the phenomenon of migration to multicultural London from 1970s to nowadays. In particular, it will linger on the concept of transnational and transracial identity that characterizes “new Londoners” in a process of ongoing change and re-negotiation.
The course will be held in English by means of lectures that will also allow discussion and exchange with students.

C) HISTORY OF ENGLISH LITERATURE:
- A. Sanders, The Short Oxford History of English Literature, OUP, 2004 (the authors and the historical and literary context of the period in program; ch. 6-10)

The exam will assess the knowledge of texts on the syllabus (A, B and C) and the capacity to critically discuss the problematic issues they deal with. In particular students will have to demonstrate:
- knowledge of texts and contexts (to know the history of migration to former British colonies, and to be able to read primary texts within their historical, geographical and political framework)
- capacity to critically comment literary texts (to be able to discuss and analyse literary texts in a thoughtful manner and with the aid of critical works);
- knowledge of the critical debate on texts (to know and be able to use theoretical tools)
- ability to express clearly and effectively the critical interpretations of texts.

REQUIREMENTS
Students will have to bring their own primary texts at the exam.
The programme will be valid for two academic years (i.e. until February 2022)