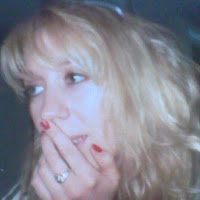 12
A
L-LIN/12
General sociology and sociology of cultural processes
12
A
SPS/07 ,SPS/08
History and Criticism of the Cinema SC (i)
6
B
L-ART/06
Social Psychology sc (p)
12
B
M-PSI/05
To be chosen between
Business Communications
6
B
SECS-P/08
Management and Communication in SMEs
6
B
SECS-P/10
Organizational studies and management information systems (p)
6
B
SECS-P/08
2nd foreign language
6
E
-

The point of the teaching is to introduce the student to the historical knowledge of the comic strip between the nineteenth and twentieth century, with reference to Italian publishers, magazines, designers and screenwriters.

After some hints on the birth of comics, will be analyzed: the experiences of children's magazines at the beginning of the twentieth century; pop and adventurous Italian's comic strip between the Thirties and the Fifties; the black heroes of the sixties; comics and magazines between the seventies and the nineties; the graphic novel's success in the new Millennium.

B) For a general knowledge of Italian comics we recommend reading Claudio Gallo-Giuseppe Bonomi, Tutto cominciò con Bilbolbul or Daniele Barbieri, Breve storia della letteratura a fumetti, Roma, Carocci Editore, 2014. Pdf of the two books and some more lecture notes will be make available by the teacher.
C) A comic book or a graphic novel.

To be specified, there will be three dates, to be set, for the final exam, two in the summer session and the last in the September session.