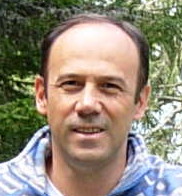 This module provides the basic techniques of descriptive statistics, probability and statistical inference to undergraduate students in economic and business sciences. Prerequisite to the course is the mastering of a few basic mathematical concepts such as limit, derivative and integration at the level of undergraduate calculus. In general, this module aims to offers a toolkit to investigate collective phenomena, starting from conducting a simple descriptive analysis to performing more formal hypothesis testing. The theoretical techniques students will acquire by the end of the course are necessary for descriptive, interpretative and decision-making purposes, as well as, more generally, for carrying out statistical studies related to economic and social phenomena. In addition to offering the necessary mathematical apparatus, the course also aims at providing the conceptual tools for a critical evaluation of the methodologies considered.

The course consists of a series of lectures (56 hours) and of twelve exercise classes (24 hours).
All classes are essential to a proper understanding of the topics of the course.
The working language is Italian.

The final exam consists of a two-hours written exam paper containing both practical exercises and theoretical definitions and derivations. Students are allowed to use a calculator, but no other material (such as books, notes, etc.). There is no compulsory oral examination, but students who get a mark of at least 15/18 have the option of integrating their mark by means of an interview. The oral examination offers the possibility of gaining or losing up to three marks compared to the result of their script. Students are expected to show an id (or student's card) in order to sit the exam.

An intermediate examination paper on the first part of the program is planned and students can take it on a voluntary basis. Students who successfully pass the intermediate examination have the option of taking a similar paper on the second part of the module during the exam session immediately after the end of the course, rather than sitting the full final exam paper. The two partial examination will have the same weight on the final mark, and each of them has to be passed with a mark of at least 8/30. Accurate notification about the topics covered in the first partial examination will be posted on the course webpage in due course. Students are encouraged to take the intermediate examination, not only in view of splitting the examinable material in two parts, but also and especially to self-assess progresses and weaknesses in a timely and efficient manner.