Here you can find an overview of the degree programme, including information on its organisation and regulations, as well as a number of useful information. In addition, this section includes an overview of the University’s Quality Assurance system and the Student Orientation services available to prospective students, to help them choose the right course for them.

The new website of the Student Orientation Office, with new form and content, is the result of a long process aimed at providing a better and more comprehensive service to its many users. Users are mostly secondary school pupils approaching the University for the first time, and schools' University Orientation Services which organise activities to assist their pupils in post-school choices. Making a decision means choosing the best alternative to satisfy one's expectations, preferences and aspirations.

The Master’s degree in Comparative European and Non-European Languages and Literatures provides students with a solid background in two foreign languages and related literatures, to be chosen from the following: French, English, Russian, Spanish, and German. Particular attention will be given to Extra European variants of the chosen languages and literatures, in light of the growing international cooperation in the fields of education, research, and cultural entrepreneurship, which now encompasses the countries in the Euro-Mediterranean and Euro-American areas.

This Master’s degree also aims to provide students with a solid background in linguistics, philology, literature, translation studies, literary and comparative studies (thematology, imagology, odeporics, translation studies, etc.), critical methodology. Being taught entirely in English (with the exception of each language and literature taught in its own specific language), this programme enables international students to complete their education in Italy

This Master’s degree programme prepares graduates for a wide range of careers, involving the following activities: language and culture-related teaching, scientific research, translation of literary texts and cultural entrepreneurship, as well as cultural exchanges and cooperation among European and non-European countries. The programme is also intended to direct graduates towards a career as: interpreter; translator of highly-qualified texts; cultural mediator; editor and consultant in the fields of journalism, publishing and the world of culture in its various expressions; graduate technician and researcher in philological and literary studies; people in charge in international organisations and cultural institutions in Italy or abroad.

In order to train students for these professional roles, and in line with the Bachelor’s degree programmes in Foreign Languages and Literatures (L-11), and Languages and Cultures for Publishing (L-11), this programme promotes students’ ability to learn and apply knowledge and understanding to different contexts, as well as enhancing students’ communication skills and independent thinking, with a focus on computer and multimedia tools.

This programme offers linguistic, literary and, more broadly, cultural training necessary to pursue a career in school teaching, after successfully taking part in the relevant public competition provided for by the current legislation. In the publishing field, graduates will be able to take advantage of the skills relating to the elaboration, translation and proofreading of texts. Moreover, the knowledge acquired in the literary field, both in regard to Italian and foreign literatures, will enable graduates to have a solid cultural background, useful for interpreting and creating the interpretation and creation of texts. graduates in this programme can also have a role in libraries, archives, and cultural institutions, due to the skills acquired that will enable them to evaluate and promote cultural products and events.

Foreign language skills can be particularly useful for translation in the field of journalism, advertising, theatre, television, etc.

Graduates who have acquired sufficient credits in specific fields of study are eligible to take the admission test to enrol in teacher training courses to become secondary school teachers in Italy, as established by current legislation. The programme prepares graduates for a career as highly qualified interpreters and translators, cultural mediators, editors and consultants in the fields of journalism, publishing, and the world of culture in its various expressions. The programme trains specialised officials able to work in international organisations and cultural institutions in Italy and abroad 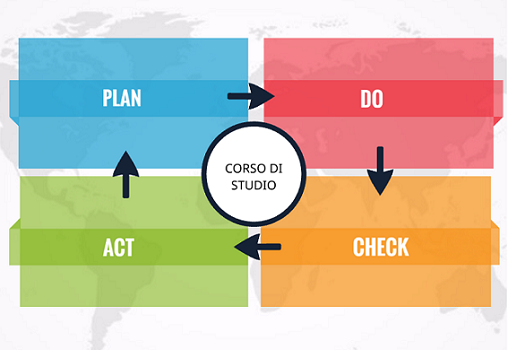 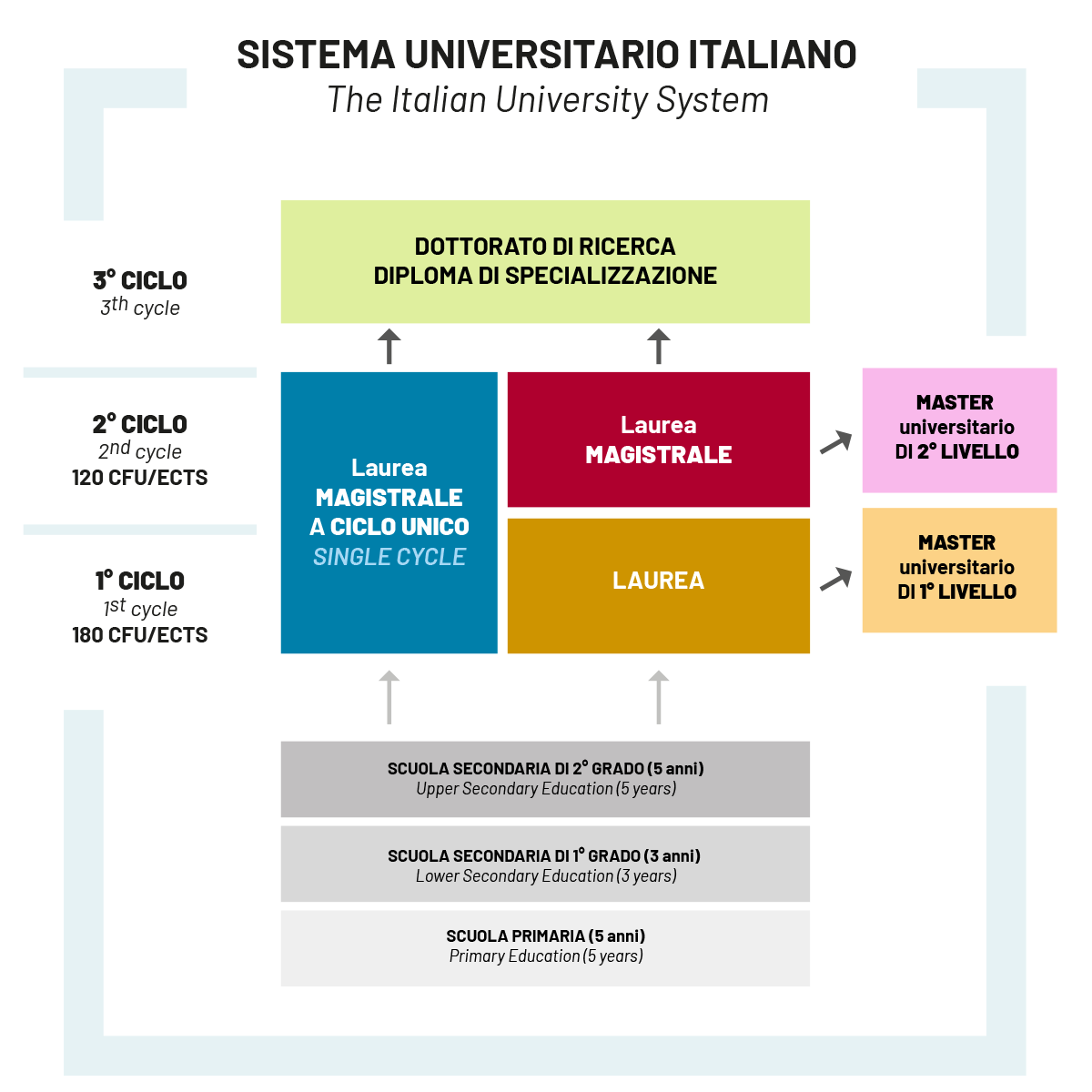 First-cycle degrees are aimed at enabling students to achieve a command of general scientific methods and content, and to acquire specific professional knowledge.
Admission requirements: secondary school diploma after completing 13 years of study in total and passing the relevant State examination, or equivalent foreign qualification; admission may be subject to further assessment.
Duration: three years.
Graduation: in order to obtain the degree, it is necessary to gain at least 180 CFU; doing an internship and preparing a dissertation/thesis may also be required. Upon completion of a Bachelor’s degree, graduates may continue their studies by enrolling in a Master’s degree or other second-cycle degree programmes and courses.
Academic title: upon completion of a Bachelor’s degree (Laurea), graduates are awarded the title of “Dottore”.

Crediti Formativi Universitari (CFU/ECTS credits): Italian university courses are based on the CFU system. 1 CFU is equal to 25 hours of study. The average annual academic workload for a full-time student is generally assumed to be 60 CFU. CFU and ECTS credits serve the same purpose and generally have the same value.
Degree class: Bachelor's and Master's degree programmes that have the same learning objectives and activities are grouped into “degree classes". The educational content of each programme is set autonomously by each university; however, universities are required to include certain educational activities (and the corresponding number of CFU credits) set at the national level. These requirements are established in relation to each degree class. Degrees in the same class have the same legal value.
Double/Joint degrees: the Italian universities may establish degree programmes in partnership with other Italian or foreign universities. Upon completion of these courses, graduates are awarded a joint or double/multiple degree, one from each Partner University.