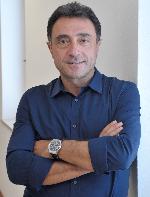 CURRICULUM TIPO:
Search
Cell Biology
12
B
BIO/04
General and Inorganic Chemistry
9
A
CHIM/03
Organic Chemistry
9
A
CHIM/06
Physics
6
A
FIS/07
Information Technology
6
A
INF/01
Mathematics and statistics
12
A
MAT/05
English language competence-complete b1 level
6
E
-
Biochemistry and analytical biochemistry
12
A
BIO/10
Bioinformatics and biological databases
6
B
BIO/10
Molecular biology
12
B
BIO/11
Physical Chemistry
6
C
CHIM/02
Philosophy of Science
6
B
M-FIL/02
Genetics
6
B
BIO/18
General Microbiology
6
A
BIO/19
Biophysics
6
A
FIS/07
Basics of Food Technology
6
B
AGR/15
Physiology of higher plants
6
C
BIO/04
Plant molecular methods
6
C
BIO/04
One course to be chosen among the following:
Fundamentals of biotechnological processes and plants
6
B
ING-IND/25
Fundamentals of food chemistry
6
B
CHIM/10
One course to be chosen among the following:
Biomolecular Technology
12
B
AGR/07
Methods in Microbiology and Genetics
12
B
AGR/07
Tirocinio
9
F
-
Activities to be chosen by the student
12
D
-
Prova finale
3
E
-

------------------------
MM: Matematica
------------------------
1) Some notions of set theory. 2) The complete ordered field of the real numbers. 3) Euclidean distance and induced topology on the real line. Absolute value of a real number. 4) Cartesian plane. 5) Real functions of one real variable. 6) Polynomials and polynomial functions. Power, exponential and logarithmic functions. Trigonometric functions. 7) Limit of a function of one real variable. 8) Continuity of a function of one real variable at one point. Fundamental theorems on continuos functions. 9) Derivative of a function. Derivation rules. Fundamental theorems on differentiable functions. 10) Monotonicity of a function. Local and global minima and maxima of a function. 11) Convex functions. 12) Riemann integral. Integration rules. Improper integrals. 13) Ordinary differential equations. 14) Linear algebra. Matrices and operations on them. Determinant of a square matrix. 15) Distance between two points in the plane and geometrical loci. Conics. 16) Functions of more variables. Level curves and level sets. 17) Topology in R^2. Continuity of a function of 2 variables. 18) Differentiable functions of 2 variables. Partial derivatives. 19) Local and global minima and maxima of a function of more variables.
------------------------
MM: Statistica
------------------------
Each class introduces basic concepts of probability theory and applied statistics through combination of lectures and exercises. The exercises focus on the analysis of real experimental data collected in the teacher's lab or in other biotechnology labs. Lectures - brief introduction on the scientific method: the philosophical approach of Popper, Khun, and Lakatos and the concept of validation/falsification of hypotheses - variables and measurements, frequency distribution of data sampled from discrete and continuous variables, displaying data - elements of probability theory: definition, a brief history of probability, the different approaches to probability, the rules for adding and multiplying probabilities, Bayes' theorem - discrete probability distributions: the Binomial and the Poisson distributions and the limiting dilution assay with animal cells - continuous probability distributions: the concept of probability density, the Normal distribution and the Z statistics - statistical inference: the problem of deducing the properties of an underlying distribution by data analysis; populations vs. samples. The central limit theorem - the Student distribution and the t statistics. Confidence intervals for the mean. Comparing sample means of two related or independent samples - mathematical properties of the variance and error propagation theory - planning experiments and the power of a statistical test - the χ2 distribution and confidence intervals of the variance - goodness-of-fit test and χ2 test for contingency tables - problems of data dredging and the ANOVA test - correlation and linear regression The program follows the topics listed in the textbook up to chapter 17 (included) with the following extras: key aspects in probability theory, probability distributions in the biotechnology lab (practical examples), error propagation theory Reference textbook: Michael C. Whitlock, Dolph Schluter. Analisi Statistica dei dati biologici. Zanichelli, 2010. ISBN: 978-88-08-06297-0 Lecture slides are available at: http://profs.scienze.univr.it/~chignola/teaching.html