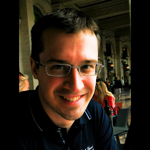 History of economic and territorial development  (2021/2022)

The final examination will be provided orally. Students are requested to discuss at least two books from the above-displayed list and write a short paper (around 40.000 characters spaces included) on a topic of their interest, chosen between those presented in the course.
The final grade will be settled as follows: 65% oral examination; 25% paper; 10% teacher's evaluation based on student's participation in e-learning's and class' discussions.