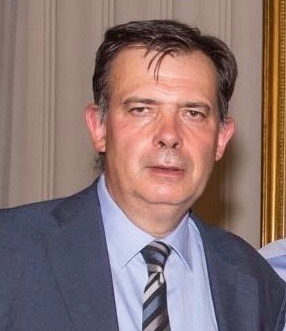 1. Review of the major metabolic pathways, metabolic interconnections, activation of secondary metabolism.
2. Definition and systematic of secondary metabolites (SM)
3. Ecological function of SM and pharmacological action on mammals and insects.
4. Terpenoids: synthesis of IPP (isopentenyl pyrophosphate) in the cytosol and the plastid, role of terpenoids in the plant defense. Gum. Biotechnological applications.
5. Alkaloids: biosynthesis, functional groups and biological activity, definition of the main metabolic pathways. Biotechnological applications.
6. Phenylpropanoids: biosynthesis and ecological functions. Phenols, polyphenols and tannins: classification and biosynthesis. Biotechnological applications. Biosynthesis of lignins.
7. Flavonoids: biosynthesis, localization, ecological significance. Synthesis and modification of the color of flowers for commercial purposes. Biotechnological applications.
8. Sulfur-containing compounds: biosynthesis of glucosinolates and alliin. Environmental and genetic factors that influence the expression of glucosinolates. Metabolism and detoxification of the isothiocyanates. Anti-nutritional effects in animals and humans, beneficial effects of sulfur-containing compounds in the human diet. Metabolic engineering.
9. Psoralens and acetylenes: distribution in plants used as food, biosynthesis, prospects in relation to food security.
10. Polyketides, secondary metabolites produced by bacteria. Mode of biosynthesis, possibilities for biotechnology intervention.
11. Metabolic engineering: chloroplast transformation (plants and algae) and importance of this technique in the expression of SM.
12. Metabolic engineering: genetic resources from non-culturable microorganisms and symbiotics; metagenomics, metatranscriptomic, techniques for the detection of new enzymatic activities.
13. SM in major foods.
14. Biotechnology of aromas: aromas produced by yeast in the main fermented beverages and biotechnological interventions; production of vanillin by chemical, enzymatic and biotechvmethods; production of SM by plant cell cultures; metabolic engineering of food crops aimed to modulate the set of aromas.

Students will present a recently published paper on metabolic engeneering, to be chosen from a list provided, and they will propose a plan to go on with the research.

Oral exam. The student will discuss the major topics of the course, trying to demonstrate critical thinking and awareness of the subject of study.