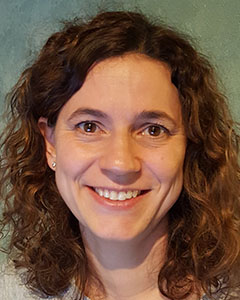 The teaching of history of philosophy is to provide the necessary basic knowledge to allow to frame and understand the critical issues of today's social and historical sciences. Particular attention will turn to the classical authors to show the line of development and deepening of the fundamental core of their speculative philosophical reflection, while the changing historical conditions. The aim is to encourage a direct approach to the texts of the classics of philosophy to show how the philosophical discourse arises from practical problems and needs and financial solutions which can still be usefully thought.

It requires knowledge of the following aurguments: the Presocratici and Socrates; the thought of Plato; Aristotle and the “aristotelism”; stoicism and epicurism; Roman philosophy and Neoplatonism (Plotinus; Christian philosophy and S. Augustine;the Scholastic and St.Thomas; William Occam and the end of medieval thought; the modern science: Galileo Galilei and Francis Bacon;the modern philosophy: Renato Cartesio; the Spinoza’s monism; the English empiricism: Locke, Berkeley, Hume; the Leibniz’s monadologia; the GB Vico’s historicism; the Kant’s criticism; the German idealism: Fichte, Schelling, Hegel; Positivism: Comte, Stuart Mill; the thought of Schopenhauer; the historical materialism of Marx; the Nietzsche's thought.

Heart and Mind. Never before as in the past two centuries, in a race gradually crazy, man has separated love from the intelligence, reason from passion, the mind from heart. Some philosophers - but not only for them –the loss of the mind and heart’s unit appear as a kind of insidious deadly disease.
The teaching want to face this themes under, as well, the latest disciplines in neuroaffettive science - such as neuroetica - to present the proposal of a "sapiential’s philosophy" able to go beyond the capture and dominate the characteristic instruments of knowledge often without love.
The philosophy that faces to the third millennium should embrace this practical and theoretical challenge for a full view of the human person. Classical texts of reference of this journey will be: “The letter to Meneceo” of Epicurus (341-270) and “the passions of soul” (1649) Cartesio (the following articles: 1,2,7,8,17,18,19,29,30,31,40,41,42,47,48,50,52,136,145,152,153,211)