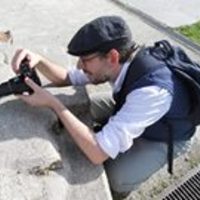 ------------------------
MM: I MODULO PARTE (I)
------------------------
1. Architecture of the Greek and Roman world: the principal types of monuments understood in relation to the society and culture of their time by means of literary and epigraphic sources and their material remains: a. Greek and Roman city planning b. Walls and gates c. Agorai and forums and the buildings associated with them d. Cult structures e. Building for entertainments f. Baths and hydraulic installations g. Private space: palaces, houses, villae, tombs 2. Materials and construction techniques. 3. Decorative techniques (architectural elements, flooring, wall paintings). There are no prerequisites but it is preferable to have a basic knowledge of Greek and Roman history. Classroom sessions will involve Powerpoint lectures and the slides will be made available to the students via the e-learning platform. An integral part of the course will be a guided visit to the principal public and private buildings of Roman Verona. Students who complete the course will be offered the opportunity to participate in summer fieldwork in Aquileia and the lower Verona plain, under the direction of Patrizia Basso. Course texts Lecture notes and illustrative material will be provided on the e-learning platform (PowerPoint of the lectures). Each student must then choose a class of monuments to study in depth, considering its diachronic evolution across Greek and Roman times, details of technique, decorative approaches, location within the urban context and relationships with the historical, socio-economic and cultural realities in which it existed. Information should be drawn from the following volumes: For Greek architecture: R. Martin, Architettura greca, Milano 1980 or E. Lippolis, M. Livadotti, G. Rocco, Architettura greca. Storia e monumenti del mondo della polis dalle origini al V secolo, Milano 2007 For Roman architecture: P. Gros, L’architettura romana, I monumenti pubblici, I, Milano 2001. J.-P. Adam, L’arte di costruire presso i Romani. Materiali e tecniche, Milano 1988 or C. Malacrino, Ingegneria dei Greci e dei Romani, Verona 2013. Attendance at lectures is strongly encouraged. For students with good reasons for not doing so, it is recommended that, in addition to the PowerPoints of the lectures, they read chapters 1, 2, 4-11 and 14 of the book by P. Gros cited above as well as the following sections of the book Dizionario di archeologia (edited by R. Francovich e D. Manacorda), Laterza, Roma-Bari 2006: Architettura, archeologia della (Archaeology of architecture) pp. 39-43 Contesto (Context) pp. 90-92 Storia, archeologia e (Archaeology and history) pp. 286-305 Storia dell'arte, archeologia e (Archaeology and the history of art) pp. 311-319 Urbana, archeologia (Urban archaeology) pp. 350-355
------------------------
MM: II MODULO PARTE (P)
------------------------
The course intends to provide an introduction of the historic evolution of Greek and Roman culture through the examination of artistic and artisan products made between 9th cent. BC and the beginning of the 4th cent. AD. The programme of the course is organised into the following educational units: 1. Sculpture: - Greek models; - Hellenistic repertoire; - Roman historical representations; - Major triumphal monuments; 2. Portraits: - The lost Greek art and the Roman copies (adopting the Greek art); - Types of statue groups; - Links between Greek and Roman cultures; 3. Pottery: - Greek and Magno-Greek pottery: a) Productions and repertoire; b) In the potter’s workshop; c) Black figure vase-painting; d) Red figure vase-painting; - Roman pottery: a) Production and trade; b) Consumption and globalisation; 4. Glass - Technology and workshops - Hellenistic mould-made glass - Glass cameo technique - Blown-made glass Follow-up meetings As part of the course will be organised some follow-up meetings, developed through a cross-cutting issue as the research on the relationship between Greek and Roman sculpture; pottery painting and visual transmission; the globalisation of Roman taste. It’s expected that students have already attended the first part of the course – Archaeology and history of Greek and Roman Art (I part). Furthermore, it is believed that one has good knowledge of History of Greek and Roman world and of ancient geography (we suggest the use of historic atlas). We hereby heartily recommend the participation of the follow-up meetings and seminars, as so of the archaeological excavations organised by the other disciplines related to the field of Classics. The meetings will be established as taught classes using PowerPoint presentations that will be get available to the students through the e-learning platform. An integrated part of the course will be a guided tour in the Archaeological Museum of the Roman Theatre of Verona.

------------------------
MM: I MODULO PARTE (I)
------------------------
The objective of the exam is to verify the achievement of the previously specified expected learning outcomes. The exam includes a written test that – for the students attending lectures – will focus on recognising 6 monumental complexes on the basis of the images in the slides provided online and 4 open questions. Those that do not attend lectures will, in addition, have to answer two further questions on the study texts. Evaluation will take account of the student’s ability to securely and competently recognise the contexts and monuments presented in the lectures, describing them and putting them into their chronological context.
------------------------
MM: II MODULO PARTE (P)
------------------------
The aim of the exam consists in testing the expected results of the learning objectives previously listed. The exam will provide written examination that for the students that have attended the course will consist of the identification of 6 monuments or artefacts, based on the images includes in the PowerPoint presentations and will also include 4 open questions. One of these will concern a class of materials, chosen by the student as personal in-depth research; the students who are not able to attend the course in the lecture hall are supposed also to answer to 2 more questions related to the referred titles. For the final judgment will factor in the ability of the students to identify with expertise and self-confidence the monuments and the finds presented during the lectures, facing their description and chronological overview, so as the ability to deduce starting from technical analyses of the artefacts social, economical, historical and cultural conclusions.