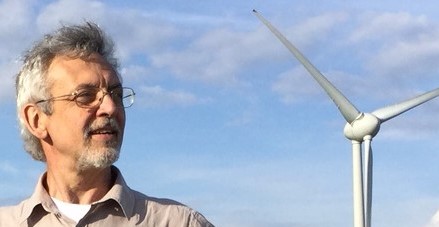 The course aims at introducing and discussing some of the major issues concerning political philoso-phy, especially those related to the contemporary global challenges that interest this field of research. What are the main political challenges of our present? What are the conceptual tools at our disposal to understand and possibly solve new and unprecedented emergency crises, conflicts, global risks? The course will tackle these themes by using both philosophical texts and literary, cinematic tools in order to broaden the political and cultural comprehension of phenomena.

Teaching Objectives: The course aims at introducing and discussing some of the major issues concerning political philosophy, especially those related to the contemporary global challenges that interest this field of research. What are the main political challenges of our present? What are the conceptual tools at our disposal to understand and possibly solve new and unprecedented emergency crises, conflicts, global risks? The course will tackle these themes by using both philosophical texts and literary, cinematic tools in order to broaden the political and cultural comprehension of phenomena.
At the end of this course students will have acquired the following skills:
- Knowledge of the major concepts of modern and contemporary political theory
- Ability to apply such concepts to the understanding of contemporary emergency phenomena of political nature (conflicts, wars, migrations, humanitarian crises, terrorist attacks).
- Ability to elaborate complex analyses of emergency situations, able to include and relate to eachother theoretical, historico-political, and contingent aspects of emergency, in order to favour peaceful solutions of conflicts).
- Ability to critically analyse media, governmental, and public representations o emergency phenomena.
- Ability to project, implement and disseminate communicative products (cultural, humanitarian, civic) informed by respect for human dignity and cultural diversity.

“We refugees”: a political reading of migrations.

In the light of the so-called contemporary “refugee crisis” which characterizes our present, the course aims at first of all understanding historically the political dimension of migrations with particular focus on the European context (as a place from which people used to migrate and now a place of arrival). In this context, specific attention will be given to the movement of persons, capitals and goods that is known as the imperialist era (end of 19th to early 20th century). Which heritage has imperialism left to Europe in economic, geographical, political and ideological terms? The frame for this first part of the course will be Hannah Arendt’s analyses of imperialism in The origins of Totalitarianism, where she claims that the European colonial enterprise in the imperialist era played a crucial role in preparing the advent of totalitarianism in Europe. In order to understand the effects of the global movement of capitals, goods and people today, in its political implications and apparent disorder, her analyses are still illuminating: her critique of the ambiguities inherent in the concepts of ‘nation state’ and ‘national identity’; the ambivalences inherent in ‘human rights’ in relation to the phenomenon, visible on Eurpean territory between the two World Wars, of a “humanity in excess” that modern political concepts cannot frame neither protect, are still useful instruments for the refugee-emergency of the present.
The second part of the course will be devoted to a brief historical-demographic assessment of the migration phenomenon and an analysis of the different typologies of migrations and migrants, with a specific focus on the ‘political’ ones – asylum seekers, refugees – and within the latter, particular attention will be given to a gendered reading of the phenomenon.
The aim is to comprehend the complexity of the phenomenon and the precarity and superfluity that especially refugees experience and possibly elaborate feasible solutions.
During the course we will also analyze specific case studies by accessing data and material of an ongoing research-project on this theme.

Teaching Methods:
Lectures based on the reading and interpretation of the texts, class discussion, analysis of specific case-studies and students’ active participation through oral presentations. Further material will be given and analysed during classes.

Final examination: oral exam that will start with a presentation of a case-study (concept, event, fact, phenomenon etc.) freely chosen by the student and prepared by relying on the texts given as reading assignment. Further questions on the specific case-study or other notions included in the texts can be part of the exam.
For attending students: the preparation of the oral exam presentation can move from class discussions of themes and cases, and eventually from extra material given during lectures.
Active participation in class discussion and personal or group oral presentation in class contribute for 30% to the final vote.
For non-attending students:
The program is the same, including extra texts and material given during the course (available on the moodle platform of the course). The oral examination will be entirely based on the texts but can equally begin from a specific case-study (see above).