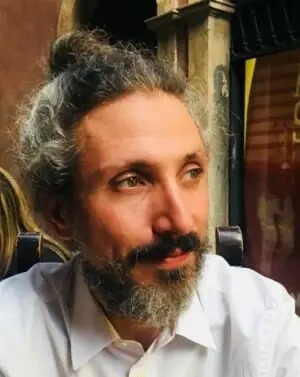 Theoretical Philosophy The teaching program aims to impart the fundamentals of the theory and language of philosophy in such a way that students will be able to independently recognize and understand the internal relationship between philosophical concepts and issues. To encourage this, the teaching program will cover a number of central issues to the European and, in some cases, extra-European philosophical traditions. At the end of the course, students will know the main conceptual lines of Western philosophical tradition and the most important debates going on in contemporary philosophical. They will also be able to comprehend philosophical texts, to set them within a proper critical frame, to employ a correct philosophical terminology, and to autonomously form judgements on the subjects dealt with in classes. Finally, they will also be capable to communicate philosophical contents to specialists and non-specialists alike, and to continue their studies at a higher level.

The course intends to investigate into the link between language, thought and body experience in relation to the world by reading and commenting on several philosophical texts that are the roots of contemporary philosophy.

Programme:
. The first part of the programme will deal with the position of Martin Heidegger through two brief, but particularly significant, texts. The first is interesting in that it captures how Heidegger goes beyond the distinction between ethical and theoretical behaviour and I propose studying Martin Heidegger’s “Lettera sull’umanesimo”, Adelphi, 2020, (Letter on Humanism) in this sense.
Within this philosophical approach, we will be able to understand his question concerning language, strictly related to poetic discourse, in Martin Heidegger, Il linguaggio (Language) and in Martin Heidegger,In cammino verso il linguaggio, Mursia, 2019 (The Way to Language).

. In the second part of the programme, I will examine the thinking of Hannah Arendt both in regard to the roots of thinking and language and what it means on the political experience plane. The texts that I have chosen are Hannah Arendt, La lingua materna. La condizione umana e il pensiero plurale, Mimesis, 2019 (Maternal language. The human condition and plural thought) and Hannah Arendt, L’umanità in tempi bui, Cortina, 2020, (Humanity in dark times), in which she links narration, experience and political forms.

. The third part will aim at considering the thinking of Simone Weil. The first text to examine is a letter in which she describes her existential and philosophical path: Simone Weil, L’autobiografia spirituale (The Spiritual Autobiography), in Simone Weil, Attesa di Dio, Adelphi, 2008, pp. 22-43, (Waiting for God). Additionally, a text on the study and writing as a definalized action that is effective on a different plane to the one projected: Simone Weil, Sul buon uso degli studi scolastici in vista dell’amore di Dio,(On the good use of scholastic studies in view of the love of God), again in Simone Weil, Attesa di Dio, Adelphi, 2008, pp. 191-201. I have also included, from the same book, the chapter entitled Amore per l’ordine del mondo, pp. 118-139 (Love for order in the world). Lastly, a text that mixes a political conception of human relations to the importance of maternal language: Simone Weil, I Catari e la civiltà mediterranea, Marietti, 1997 (The Cathars and the Mediterranean civilization) (The text is out of print but I will find a way for course participants to have one.)

. For those who would like introductions to the philosophies and philosophers presented, these will be notified during the course and, those who cannot physically attend, will be able to find these notifications when they enrol.

There will be an oral examination both for those who attend the courses and those who cannot. Those students who cannot attend must contact the teacher for further information on the ponts in the programme and discuss them. The purpose of the oral examination will not only be to verify the students' understanding of the topics but also wheter they have developed autonomy of judgment and a good capacity of argumentation.
While the pandemic lasts, physically attending the examination or taking it on-line will be decided on a moment-to-moment basis.