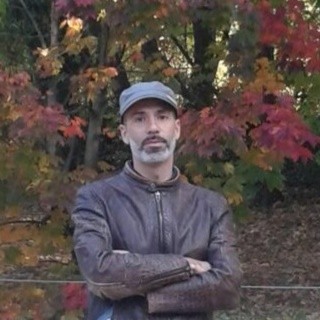 The course aims to provide the students with the principal features of Latin literature, both with reference to its historical development, literary genres and rules, and to the knowledge of some selected works.
Prerequisites: Basic knowledge of Latin language.
INDIRIZZO ANTICO
Learning outcomes: at the end of teaching students are supposed to have: - main knowledge of Latin language (phonetics, morphology, syntax), prosody and textual criticism; - autonomous skills in comprehension, translation and interpretation of the proposed texts; - autonomous skills for a philological, linguistic, and historical and literary analysis of the proposed texts; - main skills for a metrical analysis of the proposed texts in the most common metres; - skills for an interpretation of the proposed texts with reference to their historical and literary background; - to present the teaching topics in a proper way, with a clear and well organised exposition; - to connect the teaching topics to the main framework of the history of Latin literature and to the specific features of literary genres; - to develop an autonomous reflection and analysis of Latin proposed texts; - to have an appropriate methodology for the study of literary Latin texts.
INDIRIZZO MODERNO
Expected learning outcomes: at the end of the course students will be able to: -know phonetics, morphology and basic syntax of the Latin language; -know the essential features of Latin literature, with special regard to literary genres; -understand, translate and analyse the texts chosen for the course; -develop autonomous comprehension and interpretation skills, with regard to the cultural and historical-literary context of the chosen passages; -improve the following communication skills by translating the texts: to practice a metalinguistic reflection; to improve and expand the specialized lexicon of the historical-literary language, as well as the basic Latin vocabulary; -develop autonomous ability to reflect on the interaction between tradition and innovation in literary genres, as well as in linguistic and cultural heritage.

Course content:
- Introduction to the study of Latin literature: brief review on the principal literary genres and their evolution;
- The myth of Oedipus;
- Fundamental narrative and cultural elements of the myth;
- Introduction to the Roman theatre and the Senecan tragedy;
- Oedipus in the Roman theatre: complete reading of Seneca's "Phoenissae" and of passages from "Oedipus";
- Reading of selected passages from Greek literature, in order to underline how differently the myth of Oedipus is treated in the Greek and Roman cultural and literary contexts.

The exam consists of an oral test, aiming at verifiyng the possession of the prerequisites and the autonomous ability to approach Latin literary texts.