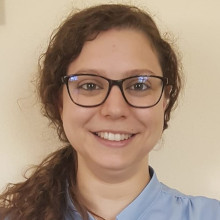 This integrated course holds as an introduction to the processes by means of which meaning is produced and meaningful effects are created in the relationship between mind and world and in the activities aimed at transmitting information. The first module familiarizes the participants with the fundamental concepts of logic and epistemology, the correct rules of deduction and inference, and, more in general, with the fundamental aspects of the scientific method.
The second module introduces the cognitive bases of the processes by means of which meaning is produced, while analyzing these processes from a semiotic perspective and with a particular focus on the techniques of argumentation and persuasion as applied in the construction of messages within the different media.
At the end of the course, the participants must be aware of the nature of the processes of production of meaning, and be able to apply the concepts of logic and semiotics in the analysis of the properties of texts and messages.

I MODULO - LOGICA E FILOSOFIA DELLA SCIENZA (i)
This course is conceived as an introduction to logic and philosophy of science, and involves a presentation and discussion of the most important philosophical problems connected to the development of the scientific method. On one side, there will be a presentation of the classical models of correct reasoning; on the other side, some of these models will be discussed from a cognitive perspective, based on how the human mind works. At the end of the course the student must be able to identify the different kinds of reasoning and to distinguish logically correct and logically incorrect reasoning (fallacies). He must also be endowed with an adequate knowledge of the nature of modern scientific research and of the link between science and reasoning.


II MODULO- SEMIOTICA (p)
This second module is conceived as an introduction to the concepts, the terminology and the style of analysis of semiotics. It will touch upon the history of the discipline and on its relationships with the scientific study of language, the acquisition of language and human cognition in general. Some examples will be produced and discussed of how discourse and argumentation produce meaning and of how this meaning should be structured in distinct layers. The focus will be mainly on verbal messages and on the distinct layers of sense produced within the various media (literary texts, advertisements, posters, websites, press, television programs, etc.). At the end of the course the participants must have understood the cognitive foundations of the fundamental concepts of semiotics, and be able to apply some of its familiar methods of analysis to the language of modern media.