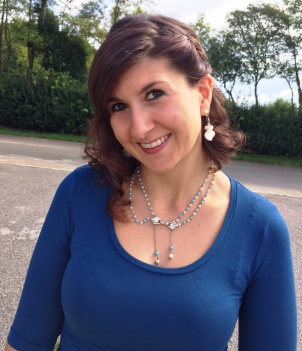 This course is a natural prosecution to the course of Russian culture and literature 1 hold in the first year, as it focuses on those topics connected with history, culture and arts in contemporary Russia (XIX and XX centuries). The aim is to provide the students with those basic cultural coordinates that will allow them to know, understand and interpret contemporary Russia, its history and society. At the end of the course, students must be able to identify the fundamental mechanisms of the Russian history and culture of the last two centuries, they will be able to compare them to other cultural situations, and to evaluate historical, artistic and cultural circumstances by their own judgement.

The course concerns the period from the death of Stalin (1953) up to nowadays Russia, getting through the historical phases called thaw, stagnation, perestroika in the USSR and the recent ones in Russia (the birth the Russian Federation, the post-soviet Yeltsin reforms, Putin’s rise to power, the rehash of national values and the new structure of the country). The course focuses the attention on those cultural phenomena and those forms of artistic expression (i.e. literature, music, film) that were alternative and critical towards the Soviet, and then Russian, power and society.
Among the main topics we have: the 1917 revolution and the Soviet Union as an original model for an alternative political, economical and cultural system; literature and film during the Khrushchev thaw; the bard song in the Sixties and Seventies; the soviet rock in the Eighties; dissidents and other critical positions about politics; the "Sots-art"; the post-modernism and the post-soviet crisis; heroes and anti-heroes of the contemporary Russian culture.

Learning/Educational Arrangements:
taught class/lecture with the maximum interplay between students and professor. Interactive supports will be used (movies, music, e-learning platform and so on), an active involvement of the students will be promoted.

Aims:
the aim of the exam is to verify:
- The acquisition by the students of the basic space-temporal and conceptual coordinates learned in the course
- The appropriate knowledge concerning the topic and the instruments analysed during the course and/or planned in the programme
- The ability to value independently and with a full knowledge of the situation the peculiar historical, social and cultural phenomena of Russia, above all those ones concerning the period analysed in the course.

Contents:
The exam will be about the contents included in the programme and about the literary, artistic and historic cultural materials analysed during the course.

Methods for conducting:
The exam is oral and is an interview during which the student must present with precision and showing the ability to judge independently about what has been learned during the course and the individual preparation. The programme is the same for both the attending and non-attending students: the last ones can find the necessary materials to study in the programme, in the lecture notes and on the e-learning internet page; they could ask the professor for additional material or explanations during the office hours if needed.