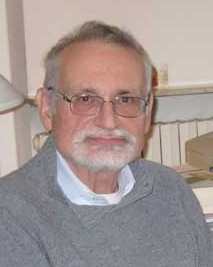 Module: I MODULO PARTE (I)
-------
knowledge of important topics of Roman history in the late Republican and Imperial Ages.


Module: II MODULO PARTE (P)
-------
The course is aimed at teaching some important topics concerning the Roman Empire, and aspecially the tranformation of the Empire into the Christian Roman Empire.

Subject of the course: The end of the Roman Republic

Texts to be read:
1) Plutarch, Lives of Gracchi, Sulla, Cicero, Caesar, and Antony
2) the passages that will be discussed during the course
3) Study of a good handbook of Roman history, such as A. Momigliano, Manuale di storia romana, a cura di A. Mastrocinque, Torino, UTET, 2011 (the study can stop at page 241); or Storia di Roma dalle origini alla tarda antichità, Catania, Edizioni del Prisma, 2013 (the study can stop at Section IX, chapter IV).

An historical atlas will be useful.

Didactic method: normal lessons or seminars will be organized; the students will be provided with the passages (also in translation) which will be discussed.

Subject of the course: The period of Julian “the Apostate”.

Texts to be read:
1) Ammianus Marcellinus, Histories, books XX-XXIII;
2) Passages that will be discussed during the course