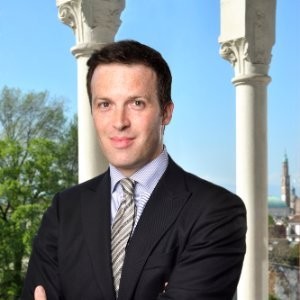 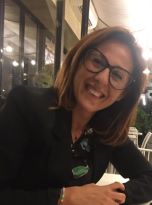 The course provides the skills for a critical understanding of public and constitutional law by looking at legal phenomena though comparison of rules (‘law in the books’) and practical functioning (‘law in action’) of institutional systems. Comparison helps in particular to understand where rules come from, their meaning, their recurrence, their interrelations and how they operate. Through the comparative method, the course looks at the main elements of constitutional law, including the structure and functioning of constitutional systems, the systems of government and judicial review of legislation. The course teaches how to identify and to analyse legal problems, how to solve them, how to grasp the essence of the rules through critical thinking and how to develop a legal argument, especially in public law. These skills are required in further legal education and in every legal profession.

The course is open to all those who have a minimum knowledge of Italian constitutional law, a basic cultural background, including on the main historical events (at least of the Western world), some language skills in languages different from Italian, and above all are interested in what happens in contemporary world.

The course is divided in two parts.
The first one explains the legal phenomenon, providing basic notions of public and constitutional law, of the sources of law and of the comparative method. It focuses in particular on the different legal traditions of the world (civil law, common law, African law, mixed jurisdictions, religious law - Islamic, Hindu, Jewish law), their interactions, legal borrowings. Students will be thus be confronted with the cultural context in which law is embedded and with the consequences such context has in the functioning of institutional mechanisms.
The second part focuses on constitutions (their genesis, protection, amendment), on the organization of power, both horizontally (forms of government) and vertically (territorial division of powers: federalism and regionalism), on judicial review of legislation and on the role of (constitutional) courts, as well as on the protection of minority rights. Students will thus be provided with basic knowledge on the functioning of institutions and societies.
The approach and the syllabus are different for students attending classes and those not attending. Students attending classes (ie those attending at least 2/3 of the classes) are supposed to learn primarily by actively following classes as well as the supporting lessons offered in addition to regular teaching. They will study primarily on the notes taken in the classroom and on the learning material provided by the teacher.
Students not attending classes will study on the following textbook:
• L. Pegoraro, A. Rinella, Sistemi costituzionali comparati, Giappichelli 2017

Teaching is predominantly frontal (explanations by the teacher). However, active participation and interaction with and between students is strongly encouraged, both by soliciting comments and reflections during classes and by inviting students to summarise in class what they have learnt in previous lectures. Additional readings are also provided on a voluntary basis, with the opportunity to briefly present in class what has been learnt.

Exams are organized as follows:
The assessment of learning outcomes involves:
- for attending students (students who attend at least 2/3 of the lessons are considered to be attending) the test is written at the end of the course. If the written test is failed, the test will be oral. The examination is also oral in the examinations following the first one.
- for non-attending students: oral test (based on the textbook).

Goals of the exams:
Objectives of the assessment tests:
- The written test is aimed at ascertaining knowledge of the topics in the syllabus and the ability to apply logical schemes to the various problems proposed.
- The oral test consists of an oral interview, the evaluation of which is expressed in thirtieths.

Content and procedure of the assessment tests:
- The written test, reserved for attending students, is open-ended and covers the topics covered in the lecture. The final assessment is expressed in 30 hundredths. It is possible to take an oral test in place of the written test.
- The oral test covers the entire programme. The final assessment is expressed in thirties.
Students who decide not to attend classes are invited to study on the textbook only. Given the profound differences in methodology and approach between classes and the textbook, it is recommended to take only one, consistent approach. Classes and the related teaching materials are designed for active explanation by the teacher, while the textbook can be read autonomously. In particular, it is recommended for students not attending the classes to study on the textbook only and not on the slides.

The evaluation criteria are as follows:
(a) the depth and breadth of knowledge gained;
(b) the ownership of language;
(c) the ability to link knowledge in a systemic form;
d) the analytical and argumentative capacity.

ERASMUS students are requested to contact the lecturer (francesco.palermo@univr.it) at the beginning of the courses in order to agree together on teaching and assessment methods tailored to them.

The final grade is made up on the basis of the verification of the criteria mentioned, approximately 1/4 for each criterion. Thus, in addition to the acquired notions, the grade is given by the technical language used, the ability to link topics and institutes, and the analytical and argumentative ability.
For attending students, active participation in lectures is also taken into account.